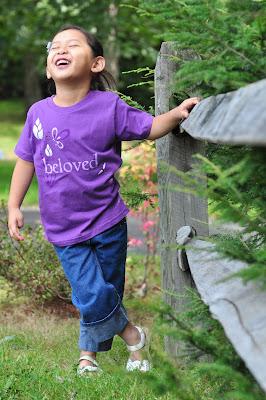 “Okay, Isabelle. Just put your hand on the fence and stand there. And smile.”

Those were the seemingly simple directions I gave my girl today as I attempted to redo our ‘first day of school’ picture.

You see, I would have taken one last week. But Isabelle had some, well… issues last week.

First off, she managed to get a huge canker sore way back in her mouth. This mac daddy made it hard for her to chew and even harder for her to talk. And she hates to miss out on either of those activities.

Then, the day before her first day of school, she fell at Asher’s football practice. Busted her lower lip on a metal bench. Two tooth mark cuts right into her sweet little lip.

Subsequently, she had an even harder time chewing or talking. Or smiling. I really didn’t know a lip could swell quite that much.

She was like Angelina Jolie on steroids. And in pain.

So we skipped the pictures. 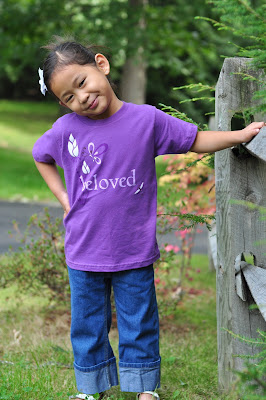 But even this week, she’s still having some issues with the talking and chewing. And smiling.

And evidently she’s having issues with just standing there. She’s workin’ it here, throwing in a head cock and a sassy hand on the hip. 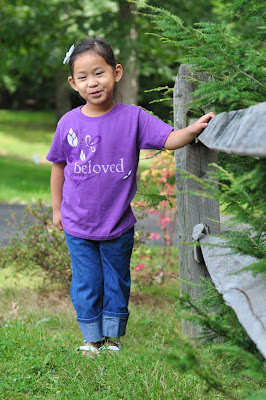 Now, after I remind her to “just stand there and smile” she’s trying to oblige me, knowing all too well, the sooner you do what mama says, the sooner the nightmare picture taking is over.

If you look closely, you can see how she’s pursing her lip, trying to get some space between her boo boo lip and her bottom teeth… poor child.

What kind of mother does this to her child? 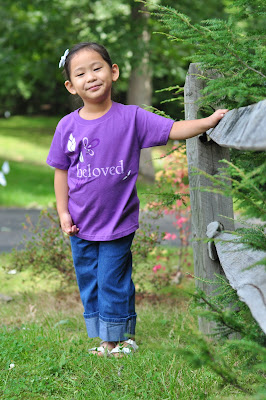 Now, it’s really starting to bother her to “just stand there.” She wants to put her stamp on it. Her hand isn’t sure what to do and she’s smirking more than smiling.

And she’s workin’ the knee, thinking she just might want to kick that leg out there, right at mama… 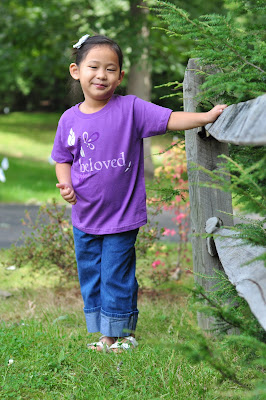 Now she’s moved into the Fonzie pose, thumb up, fake smile. Shoulder up, tummy out.

I know I’m going to love these pictures. Someday.