He is not easy to photograph.

Sitting for the camera is not one of his favorite pastimes.

And smiling? No thank you. I have to tease and trick those smiles out of him. 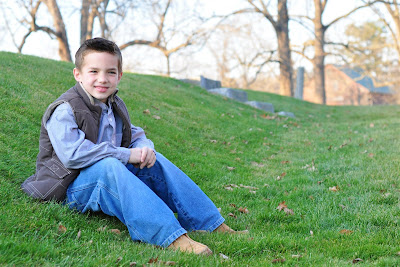 He takes himself very seriously. 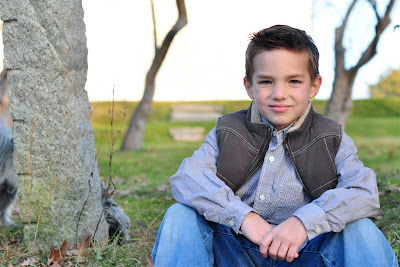 So it was a most welcomed surprise to run into “Coozie”, the little-bitty, tinkling, incredibly nosy dog we met at the local park.

He broke down Dalton’s defenses.

I like breaking down people’s defenses. But when I can’t, I’ll gladly allow a dog to do the work for me. 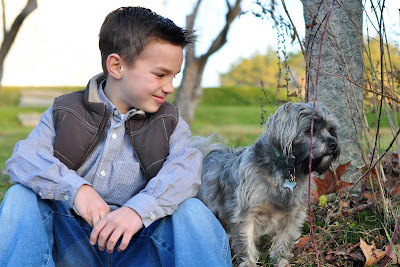 Look at him. He’s starting to buckle. 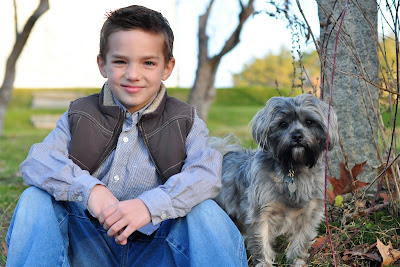 Dalton’s trying to resist. He wants everyone to think he’s a tough guy.

And in many ways, he is.

He loves sports. He loves competing. But even more than either of those, he loves winning.

All the time, every time. 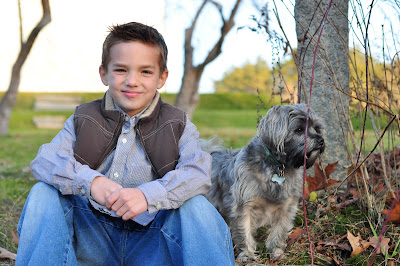 He’s extremely athletic. And very bright. I have no idea where either of those traits came from, but we think we’ll keep him.

Ah, there it is. See that smile? That soft spot? 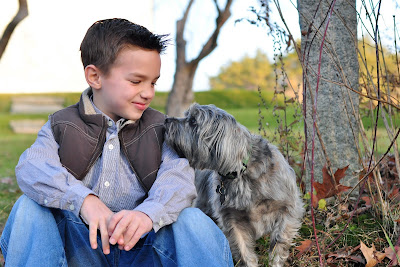 That dog is breaking him down. He loves dogs.

And he loves his brothers and sisters.

He is very protective of his little bros, especially Shepherd. Dalton has sort of taken Shep under his wing. And Shepherd is crazy about him. 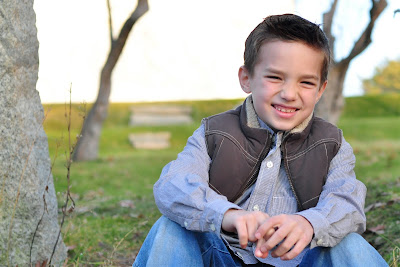 Actually, there aren’t many people who aren’t crazy about Dalton. He’s a social butterfly, without the butterfly part. He wouldn’t like that too much.

He’s a talker, and if he gets in trouble at school, it’s for talking. He’s got the gift of gab.

I do know where he got that from. 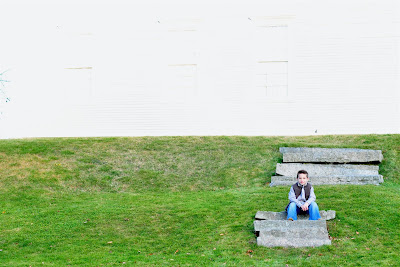 If he feels like he’s been wronged, you’d better watch out. 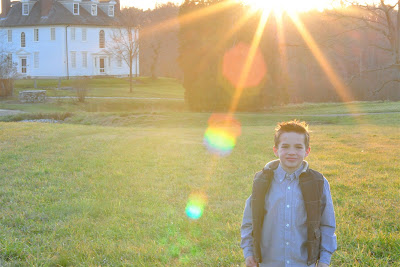 Thankfully I’m his mama. If there’s one thing I’ve learned about all my boys is that they have a soft spot for their mama. And Dalton is no exception.

Kinda makes his ornery, stubborn, serious side a bit more bearable when he flashes that sweet smile. Or wants to snuggle with me on the couch when he gets tired. Or asks for his kisses at night.

To join in on Sunday snapshot… just grab the button and let me know where to find you and your post!

Leave a comment to let me know you’ve posted a Sunday Snapshot and I’ll add it here so everyone can read it! (sorry, Sara, Mr. Linky was givin’ me no love today)

P.S. To learn more about Sunday Snapshot, visit here for the basics 🙂