Another birthday, another reason to party.

Since Shepherd officially turned 3 on Wednesday, we’ve sorta been celebrating for a few days now… a present here, a present there.

He’s heard “Happy Birthday” so many times he sings it to himself now. 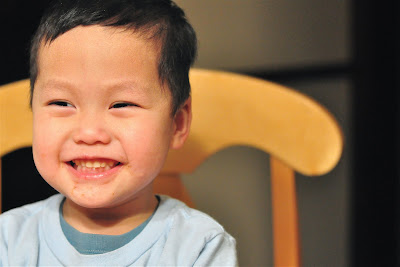 Since today is Sunday, I thought I’d make this not only a post about Shepherd’s birthday, but a Sunday snapshot post as well. About Shepherd, of course. 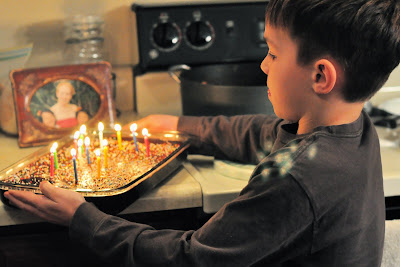 And Thomas the Train.

Basically, anything with wheels. 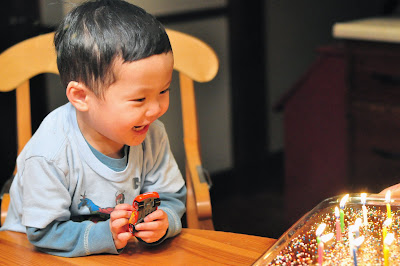 99% of the time he can be found clasping a car/skateboard/train in his sweaty little palm.

We think it’s a throwback to his days at the orphanage.

We indulge him, even if it means he learns to do most things one-handed. 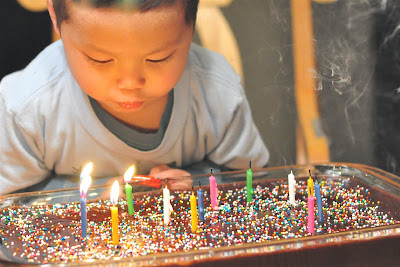 Even though he’s quite delayed physically, he’s a pretty smart little booger.

He’s learning the weight of words and is constantly surprising me at the things he thinks up.

Often, he’ll come up to my bathroom when I’m getting my makeup on (which is not often enough these days) and he’ll casually start up a conversation.

On this particular day he decided to discuss our newly painted bedroom. 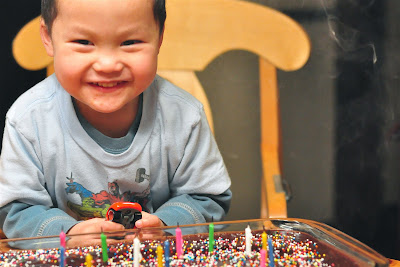 I always encourage my kids to be polite, especially when asking for something.

As I hand them things I’ll say, “thank you” to encourage them to respond politely.

If such words aren’t forthcoming, I’ve been known to withhold whatever it might be they are desiring.

If I’m feeling really ornery, I might even insist they add “I love you, mama” or even possibly “you’re beautiful, mama” to the pot, once they’ve decided to use proper manners.

But some days, after wiping too many noses and hineys, a small person under my authority is going to be the only vessel through which I’m likely to hear such pleasantries.

Coerced or not, I’ll take what I can get. 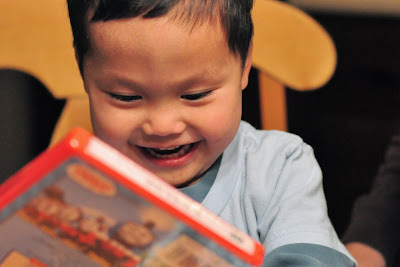 The other night Shepherd was irritated that it was time for bed. Nonetheless, the bedtime routine continued: teeth brushed, diapers changed, Ponseti braces on.

As I moved from finishing up Shepherd to starting on Jude, Shepherd said, “Mama… you boooo-ful. Not.”

I barely made it out of the room without laughing. 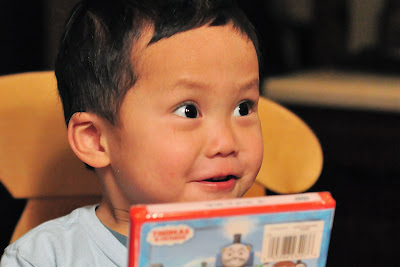 Shepherd loves to dance. His newest, most favorite move was taken from his big sister Isabelle’s repertoire… he calls it “Rock Star”. And it includes lots of jumping, jiving and pointing.

So far he’s not showing much of an inclination for keeping the beat though, but he’s got a few years yet. 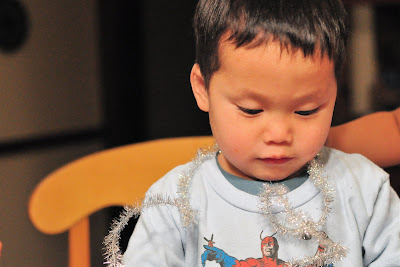 Fortunately for him, he’s cute enough to get the chicks even without the beat.

And without the sweet talk.

Happy 3rd Birthday, big boy. We love you so much.

I’d love to hear about your little ones. If you’d like to join in on Sunday snapshot… just grab the button and let me know where to find you and your post!

P.S. Are you watching Orphan Sunday? I’m listening to the Children of the World Choir right now. They’re singing about Jesus. Tears!