We got an early start so we could spend as long as Vivienne wanted working over the breakfast buffet, since she, thus far, has proven herself to be one who enjoys putting away the grub. I didn’t have to wake her, by the time I was done showering and getting ready, she and Asher were stirring. 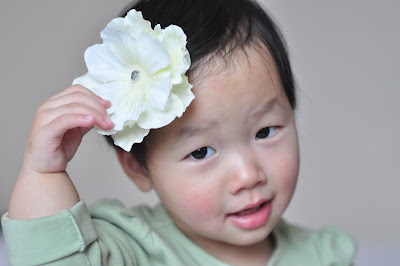 Last night at bedtime, Vivi showed an obvious distaste for the crib. I laid her on my chest to go to sleep and she was crashed after only 10 minutes. I’m sure it helped that it was after 10:00 before I tried to get her to sleep. But even then, I could barely tell she was tired. Thankfully, I had her sleeping schedule to refer to, so I knew she was up way past her normal bedtime.

This morning she needed some space. I can only imagine how she must have felt upon waking and seeing me there. Yikes. So I let her wake up a bit more and waited until the last minute to get her ready. She was still standoffish at the buffet, but managed to put away some eggs, a bit of congee, some bread and warm milk. This girl seriously loves to eat. And after dealing with two boys who were (and still are) incredibly hard to feed, this is a quality I welcome with open arms.

After breakfast we met our guide to head back to Civil Affairs to meet for the adoption finalization. Everything went smoothly and now, as far as China is concerned, she’s our girl forever! Of course, we’ve felt this way for almost a year. So it was a sweet moment to hear our guide announce it was official.

A quick trip to the local supermarket to load up on supplies and we were headed back to the hotel. Vivi had warmed up considerably during the course of the morning and had fallen asleep on me on the way to the grocery. She woke in a great mood and, once we got back to our room, was the smiling and silly girl we saw last night. 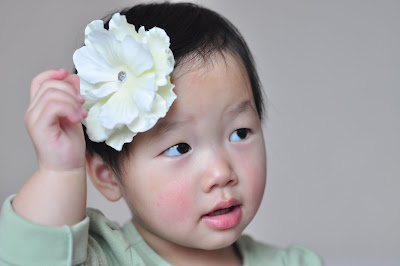 A lunch of rolls, sausage and milk followed, all while she was on the run playing with her ‘toys’ from yesterday. The stacking cups, stirrers from the mini bar and her Hello Kitty toothbrush make for lots to do, evidently. Then as nap time approached, she started seeing just how silly she could be, and still get away with it. Throwing cups and some sly efforts to hit mama didn’t go over so well. Thankfully, she seemed to understand when I told her no, and no standoff was necessary. I certainly want her to like me more before I have to put my foot down 😉

After a bottle and some Baby Einstein, I laid down with her, turned the lights down and rubbed her belly, and off she drifted. While she napped, I started to organize the chaos that has become our hotel room. Finally, after three hours, I woke her because I really do want her to sleep tonight. She might have slept 8 1/2 hours without waking last night, but I sure didn’t. 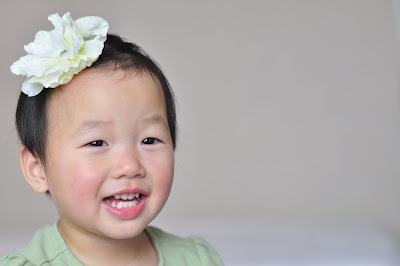 Asher and I were set to the local park, but Vivi wasn’t ready to go anywhere. We’ve decided things with Vivi right now are a bit like “50 First Dates”: every time Vivi falls asleep and wakes up again, she acts as if has no idea who we are. The lip comes out, the avoidance tactics begin. And we have to convince her, all over again, that we’re really okay. But we’re happy to oblige 🙂

Vivi loved getting outside and watching all the activity at the park. She even walked a good distance around the lake, holding one of our hands. She’s quite unsteady on her feet, and has no apparent fear of plummeting face first down a set of stairs or headfirst into a body of water. Her most favorite part of the afternoon was having us pick flowers for her and then proceeding to pluck off every petal. She is certainly hard to resist, especially when she’s smiling. 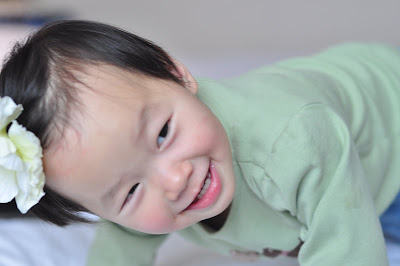 After the park we came back to the room Vivi enjoyed some tub time. Shortly after getting clean and ready for bed, the big meltdown came. She stood at the door to the room and cried. I’m guessing she wanted out instead of in. I’d scoop her up and pat her back, but soon something else would send her off again, to the door, where she’d cry again.

She’s finally asleep and we’re hoping for a better day tomorrow. Or the five hour bus ride to Guilin is going to rival our flight from Newark to Beijing on the fun meter 😉

P.S. Thank you guys so much for checking in on my sweet Asher! He is all better, recovered completely as soon as our plane took off from Beijing. He’s enjoying everything about this trip, especially his new little sister. He gets the biggest laughs out of her!