Yesterday was school picture day for the kids.

Anyone else remember having your picture taken multiple times in one school year?

Not me. I remember one official day, where everyone wore their very best duds. And the picture people handed out combs to everyone in line.

I remember really needing one.

Truthfully, other than the confusion it brings when trying to determine which pictures were taken during what school year, I actually kinda like the twice a year thing. It gives my kids one more chance to actually look normal in a school picture.

Which a few of them seem to have a hard time doing.

This time, I asked the girls what they wanted to wear for their pictures, since I had no exciting options in mind. And, since it’s spring pictures but they can’t wear spring clothes for at least another month, I figured they might have some brilliant solution.

And they actually did. They asked to wear their Chinese silks. 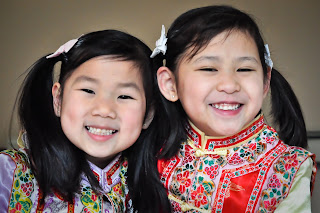 Since I was running late yesterday, like I am every day, I didn’t have much time to get some good, well thought out pictures of the girls before they left for school. 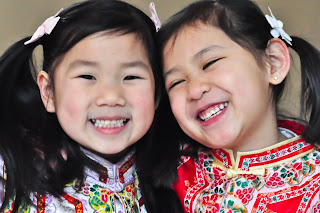 In fact, I barely had time to brush their teeth and comb their hair. 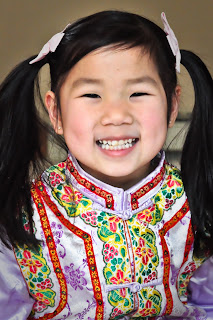 But at least I got some pictures.

And I think their sweet smiles make up for my ineptness.

And my propensity for running late. 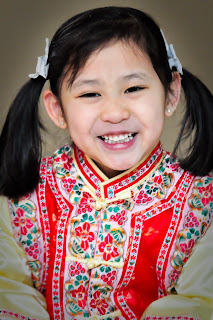 And pretty much everything else.