We’re off this morning to the grocery store. And then to Home Depot. And possibly stopping at McDonald’s, if the kids haven’t sent me over the edge by then.

“Kids, if mommy hasn’t lost her marbles by lunchtime, I’ll take you to McDonald’s! Deal?!?”

It’s a bribery tactic that really seems to work for me.

In the meantime, I thought I’d update you guys on Mr. Shep. And what’s new with our littlest fella. 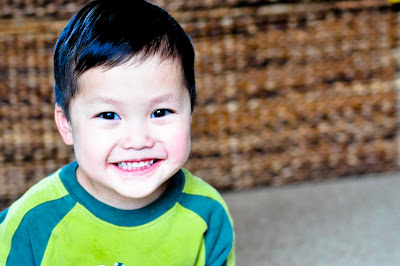 Shepherd has been home almost two years. And it’s been a bit of a bumpy road for the little guy.

Thankfully, he and his daddy have formed a remarkably strong bond. Something about Shepherd just pricked Chris’ heart from the get go. He’s total putty for the little man.

And the feeling is most definitely mutual. Which is an unusual thing around here. 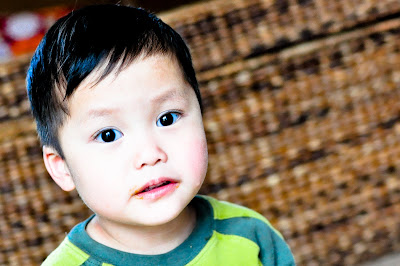 But as y’all know, Shepherd has struggled with other issues. I’ve shared about it a bit in the past.

If you’re new here, and want the Cliff Notes version, Shepherd is tiny. Not just small, but really small. Like three and a half years old and 26.2 pounds.

When you’re that little, the .2 means something.

And because he’s been so slow to gain weight, we worry about him. 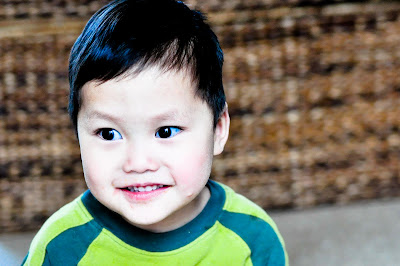 So far, all the testing, poking and prodding the doctors have completed has yielded totally normal results. No signs of CP, celiac, swallowing issues, lead, thyroid, malabsorption issues, Thalassemia trait… nothing that might cause his excruciatingly slow weight gain.

Today’s visit was a recheck with the endocrinologist who determined that Shepherd is growing height wise. Just not weight wise.

So, the endocrinologist has now referred Shepherd to a dermatologist. Where he’ll be evaluated for possible ichthyosis, which might be related to his low weight. 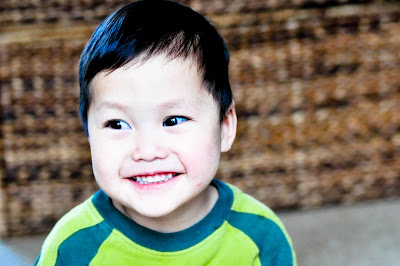 Really, other than being smaller than his younger sister, Shepherd is doing great. Talking up a storm. Full of vim and vigor. Loves peanut butter, pop tarts and his green crocs.

But most of all, he loves his daddy.

I figure he’ll come around.