Sister in the background.

But then I thought of Monica’s ‘before and after’ blog hop. 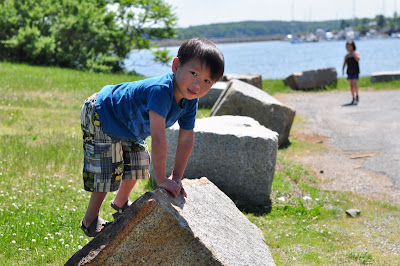 And I thought I’d see if I could salvage it.

I cropped it. Rotated it. And removed his sister, as well as various small rocks. Just because I can.

I upped the exposure and the sharpness on his face.

I used Sarah Ji’s ‘boost’ preset and messed around with the luminance and saturation of the blues until I liked the color of the water behind him.

And I was happy. 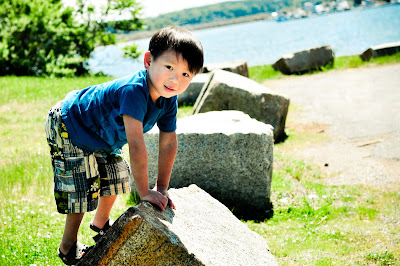 Then, just for fun, I added the LR preset ‘punch’… 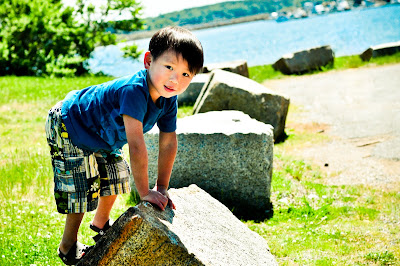 Check out Monica’s blog hop to play along.