The rest of us? Are mostly recovered. I say mostly because there is a bit of the gastrointestinal portion of this sickness that continues to linger.

But enough about me. 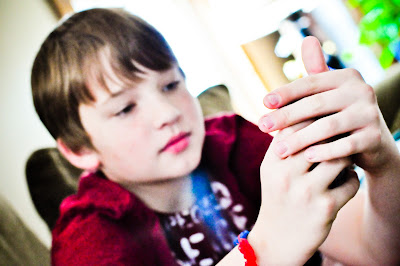 Asher started back to school on Monday and seemed to be doing okay in the morning. But when he came home from school, a very pale shade of fresh moss, and coughing like a 3-pack a day smoker, I worried.

And I called the doctor. 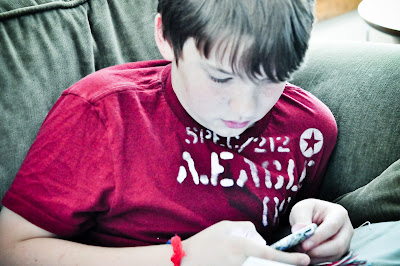 Tuesday morning came very early and brought with it a heavy rain shower. Chris My hero swooped in to save me from hauling a passel of bleary-eyed, sure-to-get-wet kids to an 8:15 doctor appointment. 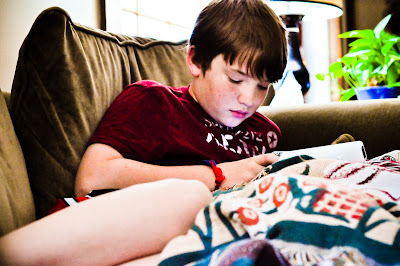 He called about an hour later with the news that Asher has pneumonia. 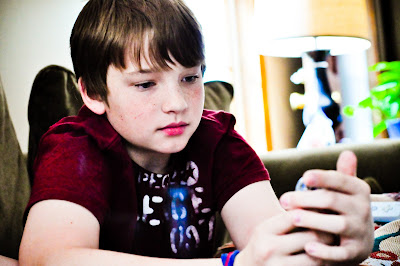 The two of them arrived home with a Rx for antibiotics and doctors orders: “He needs to stay home until he’s feeling better… at least for the rest of the week.” 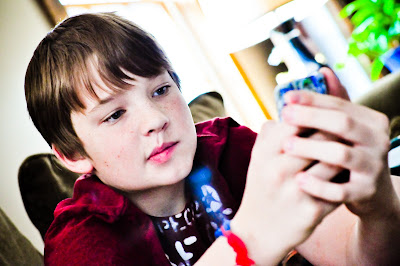 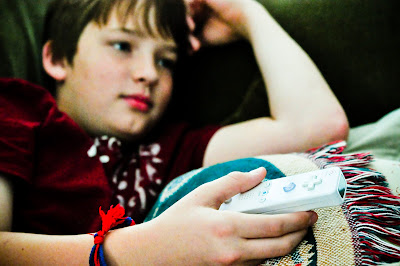 He’ll have to miss all that fun at school…. 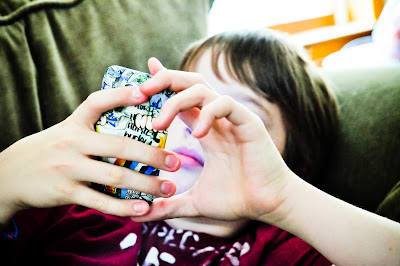 And try to find something to keep him busy.

Comfortably nestled on the couch in front of the TV. 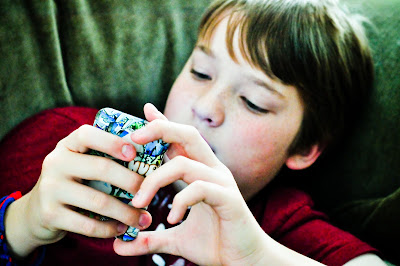 Is it just me, or was being sick and stuck at home soooooo not like this when you were a kid?

Leave a Reply to Lost and Found Cancel reply