Vivienne’s favorite show (what did we do before DVR?) is Frosty the Snowman.

She loves it so much, she even knows how to sing the song. Or at least her own version of the song.

So when the snow finally came in a big way this morning, she watched from the window …anxiously.

Just itching for her chance to get out in it. 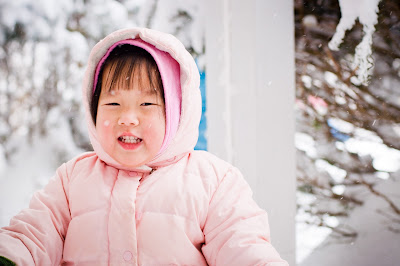 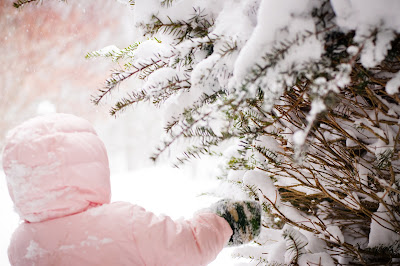 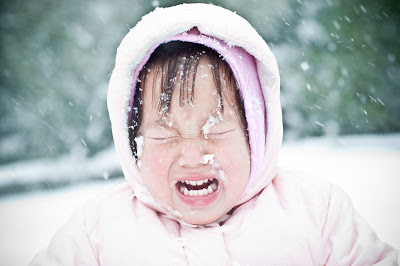 Unfortunately, it didn’t quite turn out that way. 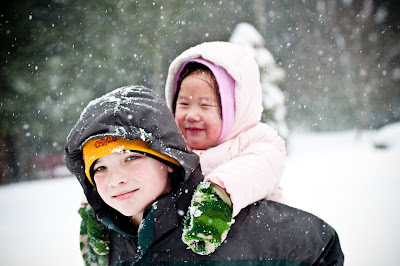 There was sooo much snow, I’m afraid my sweet girl was in way over her head. 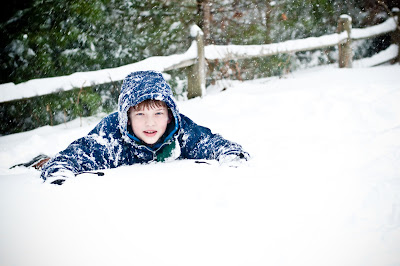 But the other kids?

Thought that over a foot of new snow was a-okay. 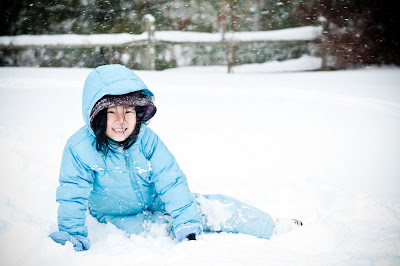 The rolled around in it. 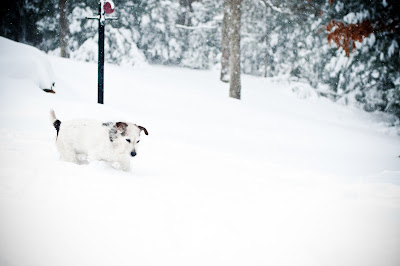 They dug snow forts in it. 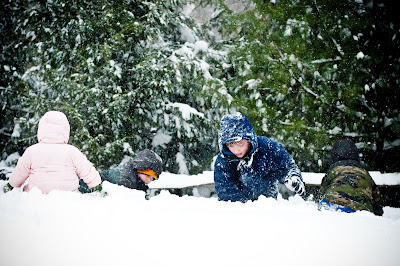 Which, since they were all working hard to make this just for her, made Vivienne smile.

At least for a little while. 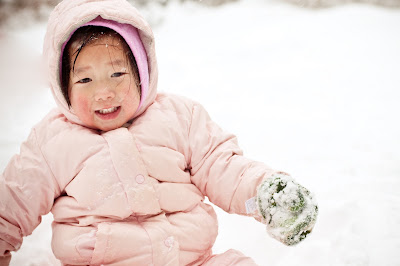 She’s kind of the princess around here, if you hadn’t guessed. 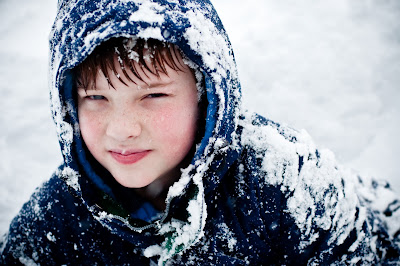 Eventually, with the snow beating down, some of the kids were ready to go in. 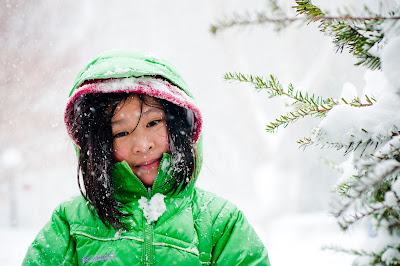 And once the snow blower came out, I had to sort of agree.

I was ready to get out of cold and into some dry socks. 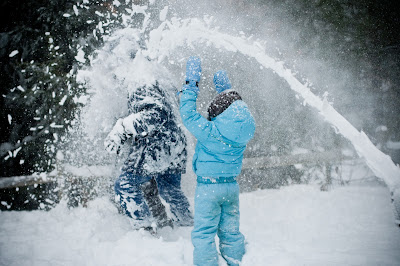 But the other kiddos?

They actually fought to position themselves in the path of oncoming snow. 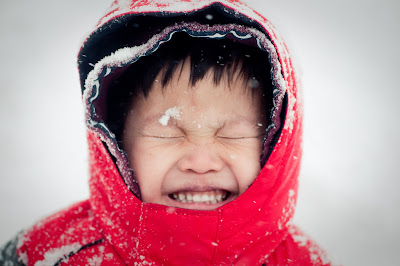 And then, when it was their turn to get blasted in the face with snow, they were happy. 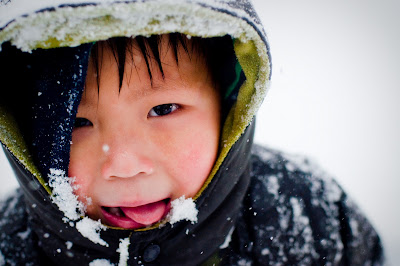 But Vivienne and I?

We hightailed it back inside. 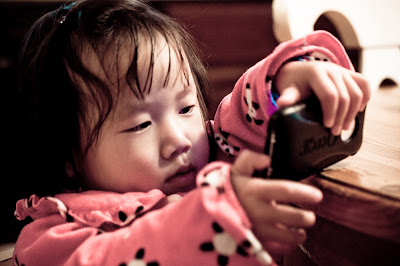 She with her my iPhone, and me with my coffee.

And we were happy. 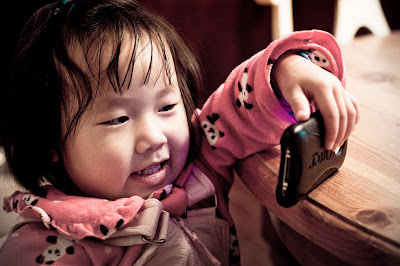 Happy One Year with us, my Frosty-lovin’ girl. On this day one year ago, you officially became a member of our family.

Having you in our lives has changed us all.

In a mighty big way.