We enjoyed another snow day today.

At least the kids enjoyed another snow day today. 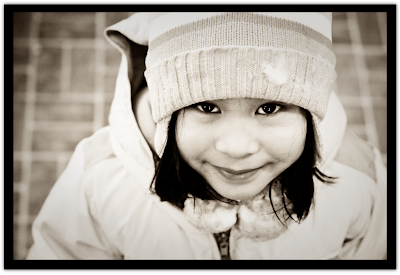 From the time she realized that today was a snow day, she began asking if she could go outside to play. 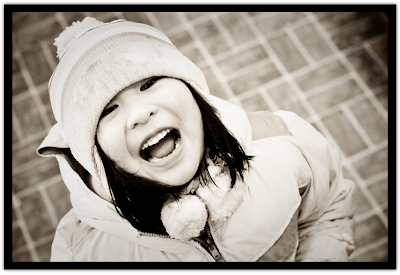 I was able to hold her off until just after lunch. 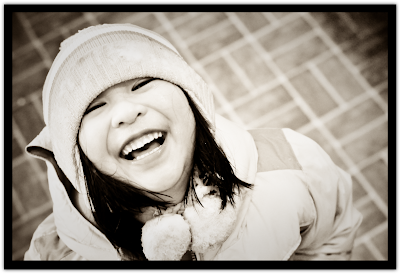 Once I gave her the green light to get ready, she basically dressed herself from head to toe – snow pants, jacket, mittens, boots, hat and all – in about 3 minutes flat. 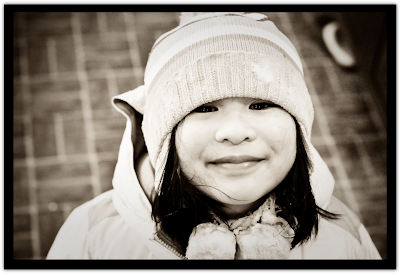 And when she came in several hours later – even though snow had collected in her jacket, mittens and boots – she was still all smiles.

I think this girl loves living this far north. 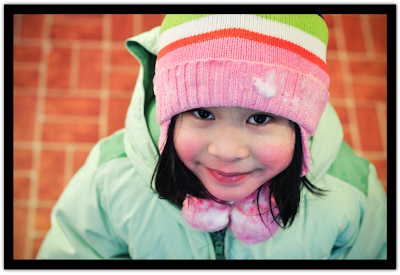 I couldn’t resist posting this in color too… just look at all the snow that collected on her hat and under her chin while she was playing outside.

To see more black and whites, visit the Long Road to China.