The girls were quiet.

When I came around the corner and saw what they were doing, I had to duck into the other room to laugh. 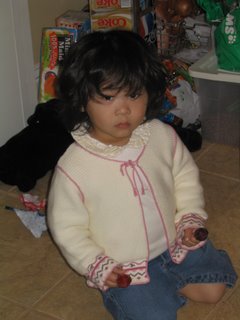 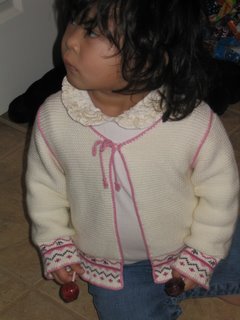 Isabelle was sitting on the floor surrounded in candy wrappers, a tootsie pop in each hand. Sophie was standing over her with a tootsie pop in her hand and some plastic beads around her neck.

I asked them what they were doing and, as usual, Isabelle said nothing. But Sophie immediately sold her sister out and pointed to Belle saying, “Mei mei do it!” over and over. 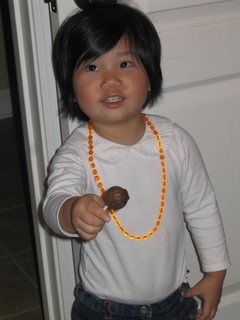 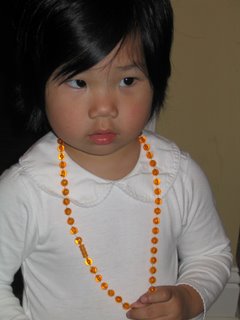 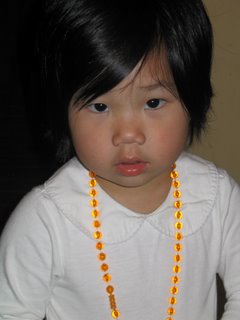 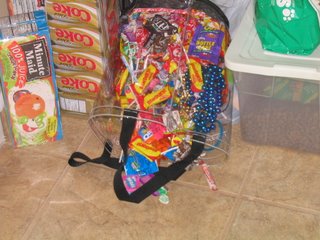 They had gotten into the pantry and tipped over the leftover Halloween candy, you know, the stuff no one really wants, but you can’t bring yourself to throw it out quite yet.

The girls must have thought they struck the mother lode, but picked the wrong candy to start with. After all, how many licks does it take to get to the center of a tootsie pop?