And in so doing, she manages exceedingly well to get her point across. 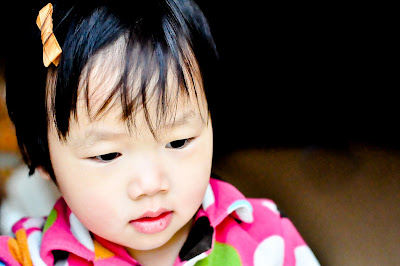 She’s been home barely three months and instead of ‘first words’, she’s moved right on to ‘first sentences’. First words are for sissies, according to Vivienne.

The other night she busted out with a six word sentence. Clear enough for all four of us in the room to understand:

We all stared at each other. And then laughed in amazement. 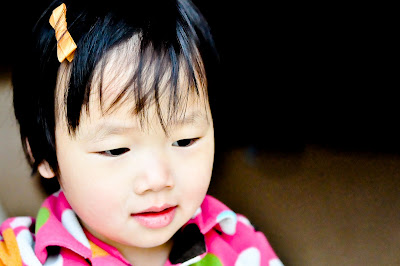 Because she isn’t a Chatty Kathy, and she really only talks when she’s got something to say, I haven’t managed to capture a whole lot of her ‘conversing’ on video.

But I did manage to get a silly bit of her ‘chatting’ the other day. She’s even tossed in a goofy voice to boot. In the clip, she’s saying something about her beloved pillow…. whatever she’s saying, it’s adorable.

I’ve been asked so many times, “Does she speak English?” or “How does she communicate?” from well meaning folks who’ve learned Vivi just came home from China.

I’m thinkin’ that learning English is gonna be a non-issue our girl.